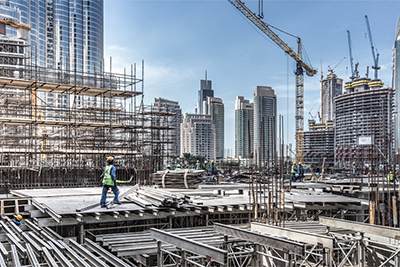 Every era leaves their architectural print in the history books. The Egyptians, Romans and Greeks are notable civilizations that laid the foundation for future architects to build upon.

The Influence of the Second Industrial Revolution

During this time, a wide range of revolutionary materials became available for architects, designers and builders. This opened the door for the creation of more versatile and functional structures.

The main advancements of revolutionary materials in this era were influenced by the production of steel, electricity and petroleum. With cost-effective steel available, key changes that enhanced the architecture and construction industry were:

The Impact of Cost-Effective Steel

Before the world was introduced to cost-effective steel, narrow, sculpted, towering structures were only a dream. Forged iron and milled steel began to replace wood as primary materials for large buildings.

No structure depicts the drastic change quite like the Eiffel Tower. Standing at over 1,000 feet tall, the narrow tower defies architectural logic before the second industrial revolution.

The development of affordable, versatile steel in the late 19th century helped alter the urban landscape in America. The country was in the middle of social and economic growth that created numerous opportunities in architectural design.

Following the late 19th century, large buildings followed the architectural model that was introduced during the Second Industrial Revolution. In Southwest Florida, we don't come across very many skyscraping buildings. That being said, the majority of local residential and commercial structures were influenced by this time in history.

South Florida Architecture understands the importance of historical structures and moments in our country's history. Whether you're looking for a reputable architect to design your home or an architect to help kickstart your business adventure, give us a call and LET'S GET STARTED TODAY!